None of Polish towns can be proud of the older written specification than Kalisz. This specification is 1800 years old. In II century A.D. Greek geographer Claudius Ptolemeus explicitly mentions a town Calisia in his "Geography Outline" and this town is identified with today’s Kalisz. 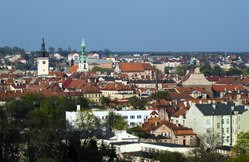 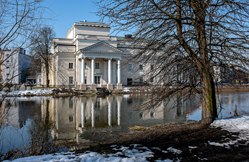 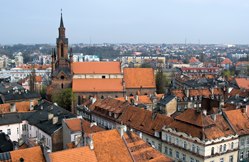 In the ancient times there was an amber route through Kalisz which connected The Roman Empire with the Baltic coast. And already then it was a trade settlement where the Roman merchants stayed in their way to the north looking for the Baltic amber. The traces of living in a place of today’s Kalisz are even older than the specification of Ptolemeus. They reach 8 thousand years B.C. and - which is confirmed by the archeological researches - keep the continuity till our times. 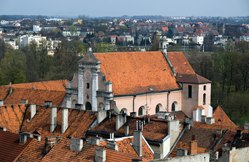 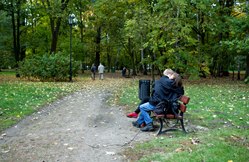 During the history the town has been worried by many pests, floods, fires and turmoils of war. But it always revived keeping its range and gaining in value. In August 1914 the Prussian army shot at, bombarded and then set fire to Kalisz for unknown reasons. As a result of this tragedy nearly the entire historical city center laid in ruins. The population that did not manage, or refused to flee, was decimated, so that out of the almost 70 thousand people, at the end of the August 1914, a little over 5 thousand were left in the city. Among the civilian population of Kalisz there were at least 250 casualties. When it comes to the material aspect, one can say that nearly 450 buildings were damaged in the city, and the total losses - reported still during the war - were estimated to over 33 million rubles. 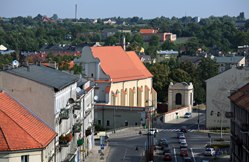 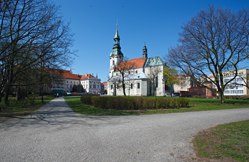 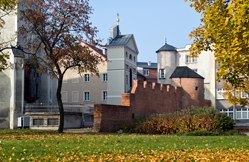 Many hundred years old tradition of the frankness and hospitality is an advantage of Kalisz which simplifies the wide cooperation with abroad centres. There are many contacts between school childrens, musicians, doctors, teachers, officers, firemen, policemen, philatelists and businessmen. Kalisz has similar and partner’s contacts with the following cities: Hautmont in France (since 1958), Heerhugowaard in Netherlands, Erfurt and Hamm in Germany, Kamieniec Podolski in Ukraine, Preston and Southampton in Great Britain, Adria in Italy, Martin in Slovakia and Tongeren and La Louviere in Belgium.